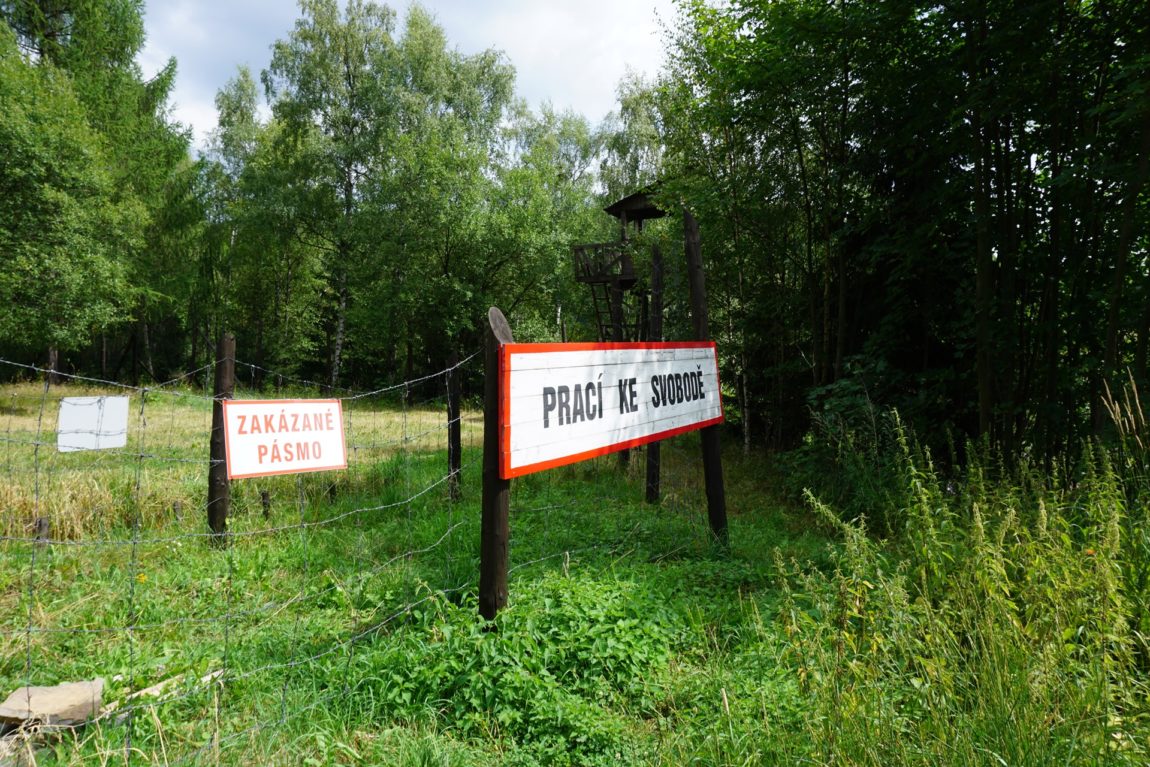 Prague, August 8, 2019 –  On Tuesday, August 6 and Wednesday, August 7, 2019, our team, together with a representative of the association Political Prisoners.eu, spent time preparing the second seminar of the project “Learning from the Past: How to mediate historical topics in civic education” which will take place in Jáchymov area.

The seminar in Boží Dar and Jáchymov will build on a six-day meeting in April, within the same project, during which we visited several places of memory in Potsdam and the surrounding area with a group of teachers and youth workers from the Czech Republic and Germany, discussing with local experts methods and procedures suitable for working with students and young people in these places. Under didactic guidance, the participants prepared their educational activities related to memory places.

The two-day journey to Jáchymov and Boží Dar consisted mainly of visiting individual memory locations, including former labour camps, where even political prisoners were imprisoned by the communist regime. The visited memory places are part of the knowledge trail Jáchymovské peklo (Jáchymov Hell). We also went to see the Jáchymov Museum – the Royal Mint, and the mine “Štola č. 1”. We will return to all of these places together with the participants at the turn of September and October to try out how to incorporate them into the teaching of modern history. We also stopped by the Information Center in Jáchymov or met with the Mayor of Boží Dar, Jan Horník, with whom we discussed the possibilities of cooperation with the town during the seminar.

The seminar in Boží Dar and Jáchymov will take place from September 27th to October 2nd, 2019.
You can find more information about the project HERE.

The project “Learning from the Past: How to mediate historical topics in civic education” is prepared by EUTIS, o.p.s. in co-operation with the association Političtí vězni.cz (Political prisoners association) and BBAG Potsdam. The project is co-funded by Erasmus +.