In June 2018, the project “Where Do Nationalism and Extremism Lead?” was launched by a study trip to Croatia and Bosnia and Herzegovina. A group of 22 Czech and Slovak secondary school teachers of social sciences or history and youth workers made this trip in between June 9th and 14th 2018. More study trips will take place in 2019 and 2020.

In Vukovar, the first stop of visiting the places affected by the conflicts attached to the break-up of Yugoslavia, the group of a dozen female colleagues from Croatia and Bosnia and Herzegovina joined us. They as well accompanied us to other stops, including Srebrenica, Sarajevo and Tuzla.

At these locations, participants visited the memory places to learn about the effects of recent conflicts. In the case of Vukovar, it was a memorial situated in the barracks on the outskirts of the city. Even 23 years after, post-war scars are still visible in the city centre. In Srebrenica, the participants were impressed by the Genocide Memorial together with the cemetery, where 6504 identified victims of the worst massacre on the European continent since the end of World War II were buried. After moving to Sarajevo, an evening discussion was held with the Czech and Slovak ambassadors in Bosnia and Herzegovina Jakub Skalník and Martin Kač and with the former ambassador of Bosnia and Herzegovina in Czech and Slovak Republics Danka Savić, focused on the future of Bosnia and Herzegovina. In Sarajevo, we also visited an exhibition in the Museum of History of Bosnia and Herzegovina dedicated to the siege of the city, the bridge of Suada and Olga (where the sniper killed the first victims of the war in Bosnia) and Vijačnice (building of the former library).

Perhaps even more important than visiting memory places was meeting the people who were directly affected by the war in different ways. These people of different ethnicities and religions told their life stories to the whole group. To the surprise of many, they could reconcile. In Sarajevo, a group have been meeting with former prisoners who were detained during the war in Bosnia by various fighting parties. Now Serbian Janko Samoukovic, Bosnian Amir Omersphasic and Croat Stanislav Krežić tell about their imprisonment in various camps in an attempt to warn next generations. The strong message of these friends who, despite surviving through hate and violence, now proclaim reconciliation and friendship and are trying to prevent the war from returning to the Balkans, was concluded by Stanislav in the sentence: “It’s good to be good”.
In Tuzla, where the program of a study trip ended, we heard stories of three parents who lost their children during the war. They are now members of the May 25 Association, an association of parents and relatives of victims who were killed on May 25th 1995 by an artillery shell in Kapija, in the centre of Tuzla. Zijo Ribić, who lost nine of his closest relatives during the war and afterwards grew up in a children’s home, carried a strong life story with him. Also, Munir “Beba” Hadzić, who was the headmaster of a primary school in Srebrenica and a mathematics teacher, presented a touching life story. In 1992 she escaped, in dramatic circumstances, with her family to Tuzla to start a new life.

The study trip took place within the project “Where Do Extremism and Nationalism Lead?”. The project aims to contribute to improving the quality of education about modern history, while the conflicts in the Balkans represent an appropriate thematic basis for presenting an authentic view of the consequences of nationalism, extremism and radicalism. The aim of the project is to create, together with participants, educational programs in formal and non-formal education applicable to secondary school students in the context of the Czech Republic and Slovakia, focused at preventing the rise of radicalization, extremism and nationalism of young people.

The study trip was followed by seminars in Bratislava and Brno, which took place in September and November 2018. The same group of participants met again at these seminars, completing the project outputs applicable directly to working with young people.

The project is being prepared by NGOs from four countries – Center for European Policy from Slovakia, EUTIS, o.p.s. from the Czech Republic, the Croatian Europski dom Vukovar and the Bosnian Agora Centar. The project was supported by the Erasmus + program and by the Konrad-Adenauer Foundation.

The report on the study trip was broadcasted by Czech Television in “Události” ( the main news programme) on July 26, 2018 (you can watch the report in an article available on ČT24 website). 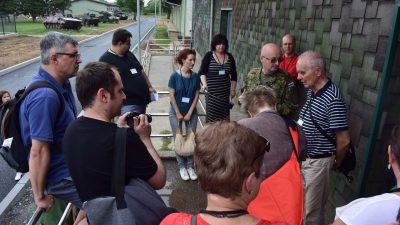 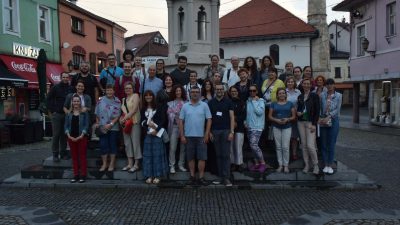 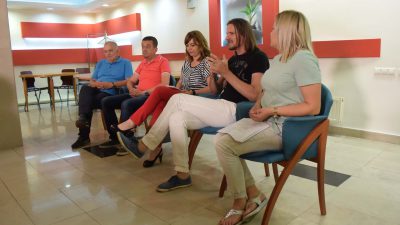 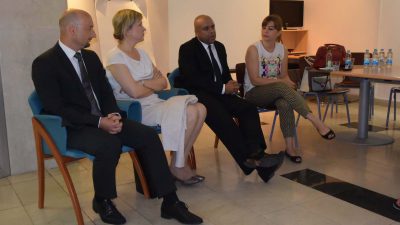 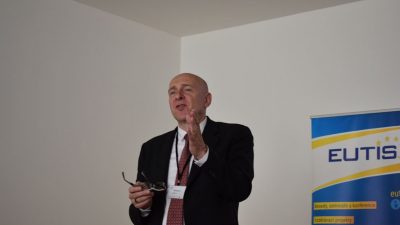 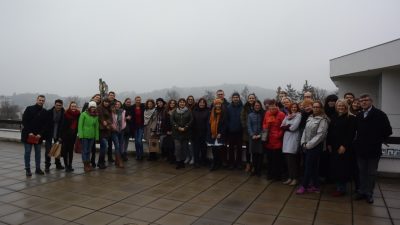 Photo-gallery from the study trip to Vukovar, Srebrenica, Sarajevo and Tuzla, June 9.- 14. 2018